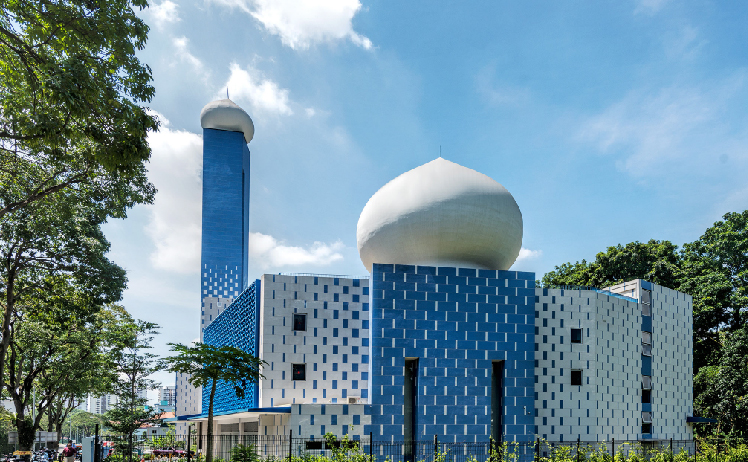 An-Nur Mosque, with its iconic blue minaret, is a distinctive religious building and gathering place for Muslim communities at Woodlands since 1980.

By designing a simple roof over the existing blocks and creating a contiguous floor level on the first storey, we were able to transform the mosque into a universally accessible mosque.

A brand new façade gives the mosque a refreshed identity with better circulation and improved functionality.

A simple Islamic geometry was used to unify various elements of the mosque. Throughout the design process, we aimed to create a project that expresses the virtues of clarity and simplicity.

The mosque is also designed for use as classrooms and a community centre. Classrooms are designed to be multifunctional so as to open up to be used as extended prayer space.

New and vibrant community spaces such as interactive learning zones, rooftop communal and children’s play area, are created with additional pre-school, after school and counselling services to foster a close-knit community and to be all-age-friendly.